My closest childhood friend posted a video to my Facebook timeline titled, “Do You Remember Playing With Paper Dolls?”  Her comments were reminiscent of the times we spent playing with paper dolls when we were young.  We grew up next door to each other until we were seventeen.  We spent much of that time together playing in and around the mountains, trails, caves and creeks (when we didn’t get caught) of south-western West Virginia.  We did have many outdoor adventures, but deep inside we were “girlie” girls for the most part.  Playing “house” and playing with dolls was a big part of our young life.  Within her Facebook post, she also added to that list of childhood activities, molding clay and more importantly a particular blue-eyed, blonde-haired twelve inch fashion doll, massively popular in the 60’s, 70’s, 80’s, (and on and on…probably through eternity!).

I have to laugh.  For someone that is focusing on moving forward, I seemed to be spending a lot of time reminiscing of late. Oh my goodness!  I may have to change the name of this blog to “instantly transported to another place and time!”  But there it is again, one memory jog that I can not possibly pass up; and confessing up front, before we get too deep into this consistent, weekly “blog” thing, I might as well admit it, there are going to be a lot of my memories here.  They ARE me, and when an especially, special memory is brought into the active thought process, I can’t help but pick it up, dust it off, turn it over, savor it in my memory, and take a little time to to play with it in my mind.

My friend and I did spend a lot of time playing with paper dolls, and building intricate houses,  families and towns out of multi-colored molding clay.  We spent time scouting out unique locations to build our next play house and just generally running from here to there from daylight to dark.  Back in the early 60’s, children did a lot of running, playing and using their imaginations; and boy-oh-boy did we have big imaginations!  Play was what fueled those imaginations.  As cliche as it is to say, there were no video games or computers, and were only three channels on the TV; which we were not very interested in anyhow.  When I saw my friend’s post, my eyes skimmed right past the paper dolls and molding clay, and landed right on the heartbeat of my childhood heart.  My passion was that twelve-inch, sun-tanned, blonde-haired, blue-eyed fashion doll!  Immediately I had a vivid recall of the way I felt the very first time I held that precious commodity in my hands.   We became inseparable, (except for that time that she hid away from me and stayed behind in Ohio on a family vacation.)

Those adventures had a little stutter-step getting started though.  The only thing I really wanted for Christmas that year was the previously mentioned, extremely popular (and well marketed) doll.  I suppose I must admit, that at nine I still had the innocence of a child and all the naivety that entails, and I still believed in the physical person of Santa Claus.  I had every faith that I would find those blue eyes staring out at me from under the Christmas tree on Christmas morning.  A nine year old does not understand about sparse paychecks, having to make ends meet, pay bills and put food on the table for a family of six in a dying coal mining town.  This particular nine year old was a dreamer that thought if she could dream it, she could make it emerge out of thin air.  I woke up on that Christmas morning, raced to the Christmas tree expecting to find my new best friend.  What I found was that my heart’s desire was not there. I could not be consoled with the off-brand, dark-haired, twelve inch doll that lay there looking at me with dull, watery-looking green eyes.  This was not how it was supposed to be! The fact that there were about fifteen or twenty pink boxes that each contained snazzy clothes for the doll did nothing to pacify me.  With four children to “do Christmas” for, and not a lot of extra money to do it with, my parents did what they thought was best.  My mom did not want to just buy the doll and not be able to buy any doll clothes to go with it; so she bought the less expensive doll (with dark hair like me) and a stash of doll clothes.  Looking back, I can see that was the most loving way to go.  Ah, but the young heart wanted what it wanted.  I played with it halfheartedly.  My friend, of course, got the doll we both wanted, so playing with my imitation doll did not bring much joy.  What I did not know was that my parents were planning to buy me the real thing as soon as they could afford it.  Well, I’m not sure they were actually “planning” on it, but the disappointment that was oozing out of every pore of my body may have tipped the scale.  The “real thing” came shortly after Christmas at the beginning of the next year.  Suddenly, that massive wardrobe of trendy, colorful clothing seemed like the coolest thing in the world.  Life was again right in the nine-year old universe.

That was when new worlds opened up to my imagination.  There were many hours spent playing with my play pal next door.  Between the two of us, we had a massive wardrobe for our little friends.  They had exciting, glamorous lives (of course!) and we lived vicariously through them.  Then in addition, Sunday afternoons were almost always spent at my grandparents after church.  My cousin and I were the same age and we both had the same fondness for our dolls.  We spent many Sunday afternoons in that tiny middle bedroom with the floor covered in dolls and doll clothes and accessories.  In the summer time on a Sunday afternoon at my grandparents house,  the  Cincinnati  Reds  were what was playing on TV. My cousin loved baseball and loved the Cincinnati Reds.  Since she loved them, so did I, although I didn’t know the first thing about baseball.  I just knew that the Reds were a big part of our play during those long afternoons.  Her doll was always pretend-married to their multiple time all star catcher.  Why she got first pick, I’m not sure.  My doll ended up pretend-married to the young, new guy on the team, the shortstop who, though initially drafted as a pitcher, ended up being one of the most talented short stops in the history of the Reds.  Plus, he was really cute!  We had such fun times and our worlds grew bigger as our imaginations were allowed to roam and play and expand.  Good times,  yes, good times!

Playing dolls in the company of my friends and family was fun; but the majority of my time was spent with just me and my dolls.  I think I already mentioned in a previous post that I required a lot of “me time.”  This was a lot of that time.  Somehow my “doll” collection multiplied to include dolls that were gifts from others and additional dolls purchased by my mom.  There was one end of my room that was dedicated to this make-believe world.  It contained a very special gift.  I had an older cousin and she had  also been a fan of the “blue-eyed, blonde-haired twelve-inch fashion doll.” <wink> <wink>  She had been in possession of a “Deluxe Dream House.”  When she outgrew the “doll-playing” phase of her life, she passed the dream house and a few of her dolls on to me.  That was when the fun really began.  I spent hours upon countless hours playing in that dream house.  The name was very fitting.  The dreams that I spun as my dolls lived and learned and played in that house could not be numbered.  I have lived out a lot of those dreams in my life and am currently working on the biggest!  I think it is sad that, for the most part, our children do not have that kind of time any longer – time for their minds to simply soar out into the world of creativity and imagination.  Their minds are so filled with activity and noise and computer or game screens that they can’t hear the voice of imagination when it is knocking at their heart’s door.  Quietness, with just a simple toy to engage a child’s mind is still a very powerful tool.

After I saw the post about the paper dolls, I copied my cousin and asked if she remembered the doll house that she gave me.  She remembered!  I searched the Internet for a picture of “said” doll house.  It took some creative searching, but I was able to find an old advertisement for the exact doll house.  My mom does not even remember this doll house any longer.  She thinks I am making this up!  (Seriously? Mom?)  Oh but I remember!  It had a modern kitchen that contained state of the art appliances (painted on of course).  There was a dining nook that would seat two.  The living room contained a sectional couch, two end tables with lamps and my favorite thing in the living room, a yellow fabric chair (pretend fabric as it was actually plastic) . The chair swiveled around so there could be TV watching, compliments of the color television (again, painted on – along with the latest stereo system).  Then the chair could swirl back around to engage in serious, in-depth conversation.  Ah yes, all this while gazing out the massive picture window, looking at the in-ground swimming pool. Then you would move to the bedroom that contained a twin bed, desk and closet.  There was just enough substance within the doll house to engage many dreams, some of which have followed me throughout my whole life.

What do I see when I think back to the long, lazy play-days spent with my golden-haired, blue-eyed friend?  I see a simpler time where a child was allowed to be a child – much longer than they are allowed now.  Things were slower, less complicated.  Houses were smaller.  Families were in closer proximity and thereby parents were more aware of what was going on with their children, and <E-GAD!> children had to sometimes share a room.  When you look around today and see families with these large houses, (that have become the norm) with bedrooms in all ends of the house, a lot of times you see families that are drifting apart.  They are all going to their own end of the house to do their own individual thing.  They become separated pieces to one whole.  We have bought into the mentality that we have to have as much, if not more, than our neighbor and we have sacrificed our families in the process of worshiping the god of “more.”  What I see is that we have lost quality time in exchange for quantity of everything.

All these thoughts of times gone by make me home sick for a simpler place and time, and a nap in my granny’s porch swing with my arm curled around my blue-eyed friend just one more time. 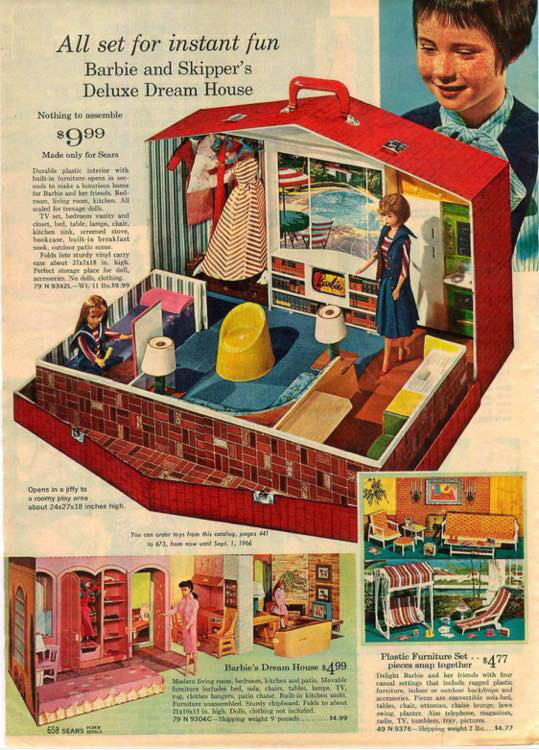 3 thoughts on “Ah, Those Blue Eyes”

May these words of my mouth and this meditation of my heart be pleasing in your sight, Lord, my Rock and my Redeemer.